Double Grammy winners, The Civil Wars recently returned to the UK for a nationwide tour that started in Belfast on October 28th and included a sold-out show at London’s historic Roundhouse which we attended last night. Little did we know last night would be the duo’s last gig (until 2013 at least) due to “internal discord”, the band released this statement on their Facebook page not long after the performance:

We sincerely apologize for the canceling of all of our tour dates. It is something we deeply regret. However, due to internal discord and irreconcilable differences of ambition we are unable to continue as a touring entity at this time. We thank each and every one of you for your amazing love & support. Our sincere hope is to have new music for you in 2013.

Moving on from the sad announcement, let’s talk about last night’s gig at the Camden Roundhouse. The enigmatic Nashville duo performed with ease and grace (and no hint of any tension) through their debut album Barton Hollow (which recently passed 500,000 sales in the US and has been awarded Silver in the UK with sales fast approaching 100,000 copies) as well as treating the audience to a few perhaps surprising covers including The Jackson Five’s ‘I Want You Back’ and Michael Jackon’s ‘Billie Jean’. 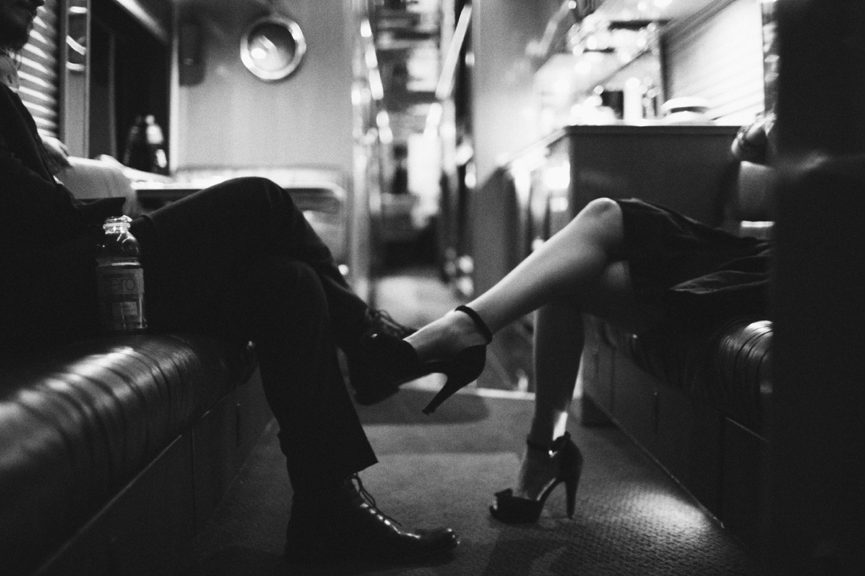 It has to be said that Joy Williams tends to steal the spotlight throughout most of the set with her delightfully understated dancing and powerful vocal. She’s also more at ease when talking to and rousing the audience than her Alabman parter, John Paul White who tends to remain quiet.

Despite her best attempts, the energy in the Roundhouse occasionally ebbed through some of the pair’s slower numbers but they were very conscious of this, quipping “this is our only happy song so enjoy it whilst it lasts” to intro ‘I’ve Got This Friend’. Despite that, the pair’s perfect harmonies and beautifully penned songs ensured the crowd were always entertained, even if not always excited.

To coincide with the (sadly short) UK tour, the band are releasing ‘Poison & Wine’ as a radio single and will be re-issuing their ‘Poison & Wine’ EP as a companion release to ‘Barton Hollow’. Watch the haunting video for ‘Poison & Wine’ (which happens to be our favourite track) below: