Ahead of the release of The Avengers Assemble, contributor Dan Cole is taking us through the comic book history of The Avengers. You can read the first installment here but here we’re going through the 1970s: The Classic Era. Roy Thomas was on the book until 1972, but before he left he created one of the all time great storylines. The Kree-Skrull War, which basically involved two alien races (The Kree and The Skrull) going to war with Earth (and the Avengers) stuck in the middle, is considered the quintessential storyline of this era. The storyline increased the scope of… In the first of a 6 part series and ahead of one the year’s biggest releases The Avengers Assemble, regular contributor and comic book aficionado Dan Cole takes us through the history of The Avengers from all the way back to the 1960s to the present day. Last week saw the release of the latest trailer for Marvel Studio’s ambitious Avengers film: the culmination of all their cinematic adaptations, The Avengers Assemble will bring together The Incredible Hulk, Iron Man, Captain America and Thor. With a rich history, the Avengers has showcased Earth’s mightiest heroes for over 49 years before its adaptation…

It started in the latter half of 2010 as a horror web-series concept. Writer & Editor Mike Garley began developing a series called “Dead Roots” with a view to production the following year. I was recruited to write one of the episodes. But as production continued to be delayed, Mike made the decision to move the project to the world of comics, so as to not lose momentum. The human side of Zombies have always intrigued both of us, for different reasons. Mike approached me to write for the comic anthology because he thought my style of writing would suit…

Before opening The Vessel of Terror we are presented with a front cover which perfectly encapsulates the tone of the book; eerie, intriguing and a little frightening, it’s adorned with the image of a human figure with small tentacles erupting from its head. It’s striking with its white background in contrast with the shadowy figure and gives us a taster for what’s in store. It’s a tale about madness, which blurs the line between reality and the surreal. Wearing it’s Lovecraftian influences as a badge we are treated to a claustrophobic horror story, which involves the discovery of a unusual… 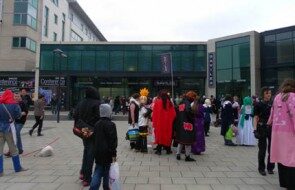 On a cold Saturday morning in the middle of November anyone who walked past the Leeds Royal Armouries museum would be in for some strange sights indeed. A group of zombies having a conversation with Judge Dredd, Batman comparing his costume with another Dark Knight and a plethora of anime characters prancing around full of excite. No, this isn’t some sort of alternative reality where fictional characters gather to swap stories, it’s Thought Bubble. Leeds’ annual comic art festival had returned for a weekend full of art, discussion and above all, fun. Celebrating its fifth birthday, Thought Bubble has grown somewhat from its humble beginnings beneath…

Have you ever wanted to collect comics but are put off by that pesky continuity which has been built up for decades? Well have no fear gentle reader DC Comics has come to your rescue…. 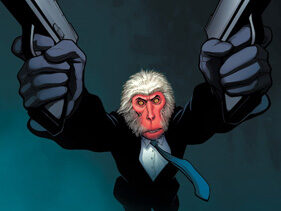 Well this week sees the release of Rise of the Planets of The Apes in cinemas across the UK and to celebrate this TQS is having a run down of the ten best Apes to grace the Superhero genre. Alas the apes of the comics aren’t really shown in a great light, as only three of the ten primates on the list are good guys, the rest are out to get us!… 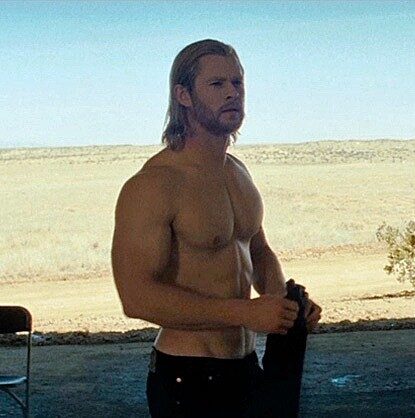 The last few years have seen swathes of comic book film adaptations and with Thor & X Men First Class having enjoyed huge box office success this year it seems appetite isn’t going to wane any time soon. Maybe it’s the marvelous powers and abilities or the fantastical stories that draw people in but here at TQS we can’t help but feel the lycra-clad hunks might also have something to do with it….