Wallace and Gromit creators Aardman Animations has unveiled a quirky gothic new online film featuring none other than the classic TV character Morph.

The online film can only be seen on The Space, the new digital arts service developed by Arts Council England in partnership with the BBC to provide a unique platform for artists and arts organisations to showcase their work.

The new Aardman Animations online film has been created to celebrate 38 years of Forkbeard Fantasy, the groundbreaking UK theatre and arts company.

The unusual online film features newsreel footage of the precise moment that the pioneers of Liquid Film blended several secret ingredients and scientific wonder to create Plasticinematography – and a host of characters like the multi-eyed organism, a bucket of mouths… and Morph! 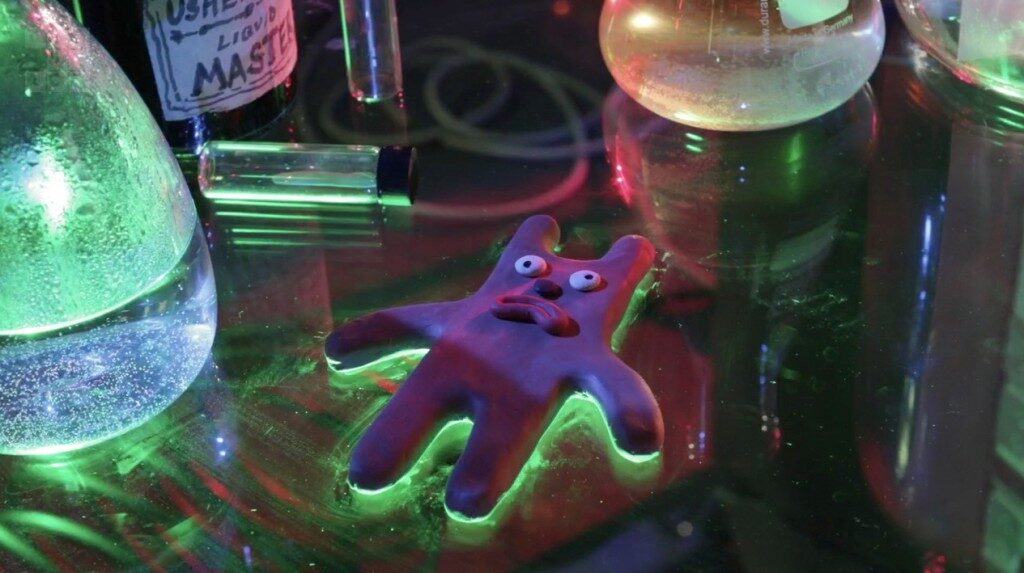 To watch the exclusive Aardman Animations film users have to navigate through ‘Forkbeard in Space’ a 360 degree panorama of Forkbeard’s studios inspired by the exhibitions, theatre shows, installations, cartoons, animation props and filmic special FX of Forkbeard Fantasy’s 38 year history (– and solve a series of puzzles to create Liquid Film.)

Users then have to play 2 online games “The Fall of the House of Usherettes” and “The Bonehunter” based on Forkbeard’s classic shows.

Users are then rewarded with the Aardman Animations film in which they can witness how liquid film created Plasticinematography and the multitude of characters.

‘Forkbeard in Space’ the online games and the Aardman Animation online film is one of 51 commissions made by the Arts Council for The Space.