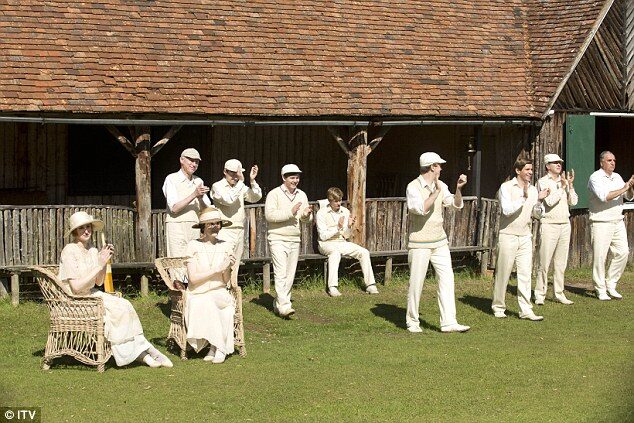 The feature-length finale did not, alas, pack a feature film punch. Being a super-fan, though, this was secondary to everything working out well. It took some Indiana Jones calibre leaps of faith to work things out, mind. 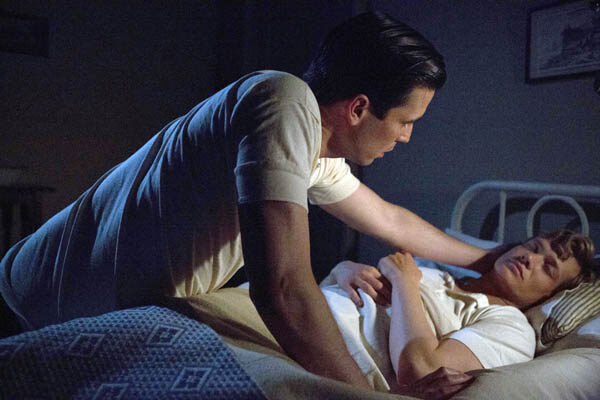 Oh Thomas, what have you done? Young Jimmy is dishy but is that any reason to jump him in his sleep with only the word of scheming O’Brien that he’s interested? 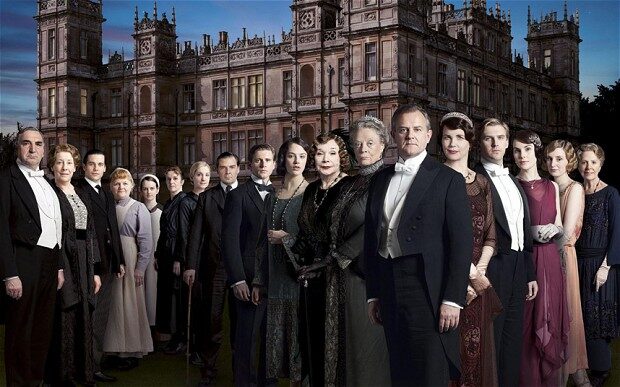 Via the grace of social media and a very on the ball editor, we took a stroll (well, more of a sprint actually) down to the Regent Street Apple store this evening to have a chat with Hugh Bonneville and Joanne Froggatt 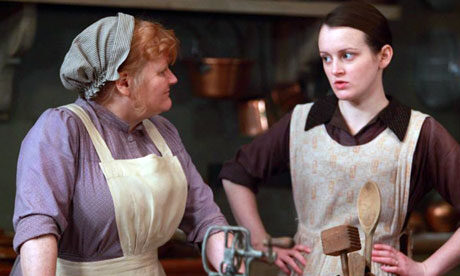 It was an episode of characters on form – Mary and Matthew were holding up the household, the Dowager simultaneously companssionate and cutting, Carson’s eyebrows hit the roof and Mrs Patmore and Daisy reunited for the first time in episodes

Story time is over, supernatural crime drama Grimm is back this Monday.

Tonight’s Downton was the bleakest in its three series. Who saw that coming? Rest in Peace, Sybil, we’ll miss you greatly.

I don’t think there’s a moment more enjoyable at Downton than when the house is graced with a new-fangled invention. Remember the motor car? The telephone? Well tonight we got the most life changing yet … an electric toaster!

Poor Edith. Or should that be lucky escape? Either way, being jilted enabled the arresting shot of the veil tumbling down the staircase, which made her heartache almost worthwhile.

Usually the first to tear apart a Doctor who with lacklustre writing and mediocre plot, on Saturday it all passed me by as we geared up to say goodnight to the Ponds.

This week we saw a conventional hour of old-fashioned Downton – stresses over evening dress, Thomas fighting with anyone he can find and a heart-wrenching storyline for Mrs Hughes.