Whilst frantically cleaning the flat last night, we had the radio on to accompany a military style de-grease of the extractor fan. (It’s a big job, Taylor Swift helps). The radio station was running a competition to give away £1,000 worth of shoes – the male presenter commenting, enthusiastically ‘Now, I’m a man, so I won’t understand, but that’s a LOT of shoes ladies’. Annoying, yes, but interesting also. That’s the thing, isn’t it? Shoes, fashion, small dogs for the women, socks, gadgets, golf for the guys. Right? Right? Don’t get us wrong, we LOVE socks, and we’ll be the first to admit we dribbled a bit over iOS 7, but the claim that’s perpetuated by greetings cards, movies featuring Amy Adams, and over zealous radio presenters that those things are for the girls, and those things are for the boys, is, we reckon, a lot of bullshit – particularly when it comes to shoes.

The relationship between women and shoes is well documented, and to parodied to death. Men and shoes, however, is a different ball game. Whilst it may not be as widely recognized, we think that men place just as much thought and love into their shoe collections as the fairer sex. One only needs to look at the sneaker collectors of America (and, increasingly, of here in the UK) – obsessed with them. (We’re currently obsessed with Nike Janoski, pictured). The fandom was even subject to it’s own documentary in 2005, with a more recent short dedicated to it last year:

It’s not just casual footwear that men get hot under the collar for. Smart shoes – brogues, Chelsea’s and loafers have seen a recent resurgence of late, with guys taking more interest in what they walk around in. It’s partly, we think, down to how much easier it is to get access to great shoes and to great advice on them – brands investing more in editorial and content, and fashion communities popping up on Google+ and Pinterest allow men to get a better grip on what they should wear. And it starts with shoes – an easy entry into caring about fashion, something you can take pride in, and effectively, something that’s pretty cool.

In a recent video, MR PORTER’s Editor-In-Chief Jeremy Langmead said that when packing for LC:M, his focus is on shoes, stating that when waiting for a show to start, everyone observes each other’s shoes, making them an incredibly important part of a man’s wardrobe. Whilst you might not be gracing the f-row, we can guarantee you’ve done this on the train or at the bus stop. So why not start investing in some ace footwear? After all – shoes, they ain’t nothing but a guy thing. 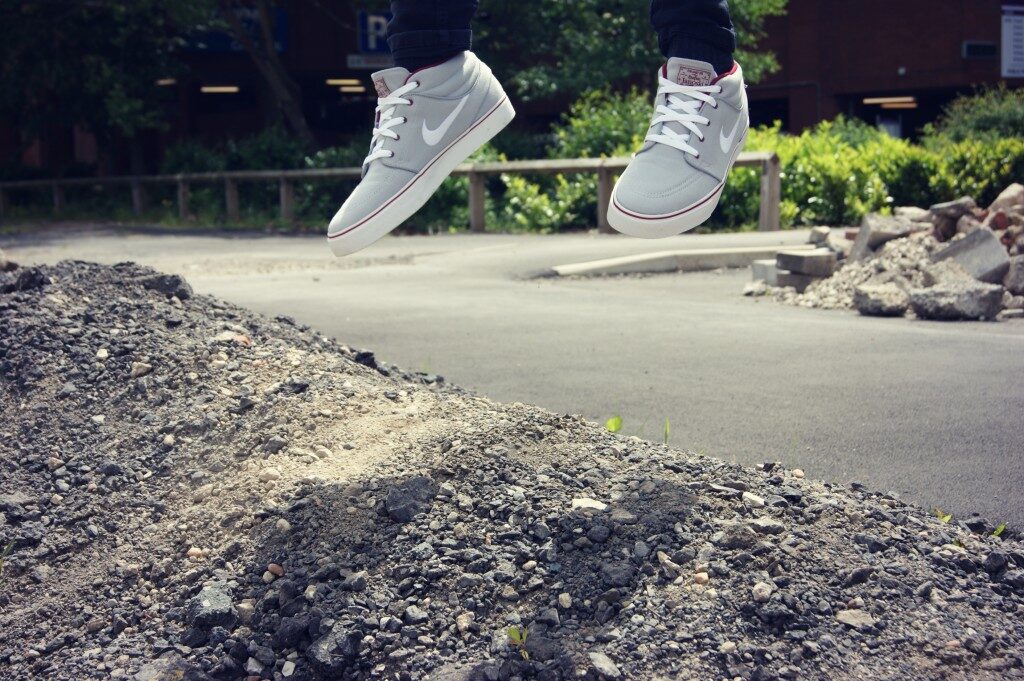