Last week, I was lucky enough to attend the press opening of the David Bowie exhibition at the V&A museum, which is running from the 23rd March – 11th August.

The exhibition displays various items from Bowie’s decade spanning career, such as lyrics, notes, costumes as well as following his humble beginnings as a fledging art student in Brixton and how changing social mindsets of the time allowed Bowie to become a cornerstone of current popular culture.

Cut-up lyrics for Blackout from Heroes-1977

As a Bowie fan, I always knew that I was going to enjoy this, however I was not expecting the variety and complexity of the exhibit. In truth, I was expecting mainly an exhibition of Bowie’s exciting wardrobe, however it transpired to be much more.

Although many of the exhibits centred around his costumes and fashion, this is not a fashion exhibition. Bowie himself always stated he was not interested in fashion per se, but simply wanted his clothes to look like “the music sounds”.

The V&A performance curators Victoria Broackes and Geoffrey Marsh have succeeded in taking a large, dimly lit room full of David’s costumes and creating an atmosphere which transcends the clothes, and captures the lustrous, anarchic spirit of Bowie and his music.

This exhibition is, at the core, a cultural exploration of a time within music and society which has shaped trends, mindsets and music ever since. Even a Bowie novice will enjoy the historical, political and cultural references throughout.

The exhibition also presents Bowie not only as a musician  but as an actor too. Screening some of his best cinemographic moments. 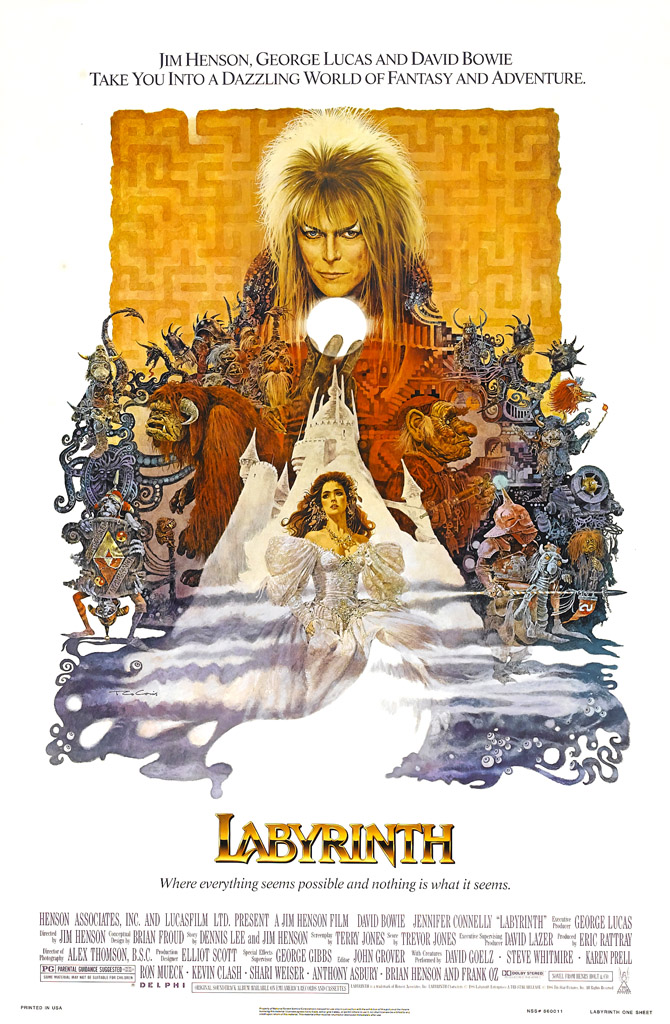 (I watched this scene four times.)

The vastness of the exhibition is equally one of its greatest merits – it spans across 4 large rooms, including an impressive space which feels to transport you right into the centre of a Bowie concert. As well as the really cool audio guides (yes you read that right, really cool audio guides), that follow you round the exhibition using sensors and change the commentary or music depending on where you are stood.

All in all, an absolute London must this Spring whether you are a Bowie buff or Bowie beginner. Ticket information available here.