‘Clothes are never a frivolity, they always mean something’  James Laver (1899–1975), first Keeper of the V&A Theatre Collections

Costume designers are storytellers, historians, social commentators and anthropologists. Movies are about people, and costume design plays a pivotal role in bringing these people to life. ‘Hollywood Costume’ illuminates the costume designer’s process in the creation of character from script to screen including the changing social and technological context in which they have worked over the last century. 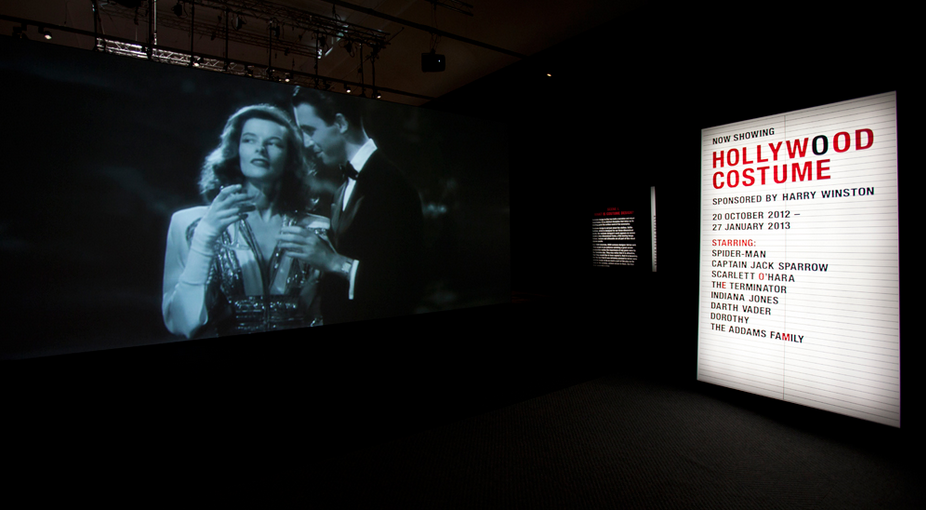 This exhibition includes over 100 of the most iconic and unforgettable film characters from a century of Hollywood filmmaking, 1912–2012. ‘Hollywood Costume’ takes us on a three-gallery journey from Charlie Chaplin through the Golden Age of Hollywood to the cutting-edge design for ‘Avatar (2009, Costume Designer Mayes C Rubeo, Deborah L Scott) and ‘John Carter of Mars’ (2012, Costume Designer Mayes C Rubeo): Act 1, Deconstruction, puts us in the shoes of the costume designer and illuminates the process of designing a character from script to screen; Act 2, Dialogue, examines the key collaborative role of the costume designer within the creative team; Act 3, Finale, celebrates the most beloved characters in the history of Hollywood and the ‘silver screen’. 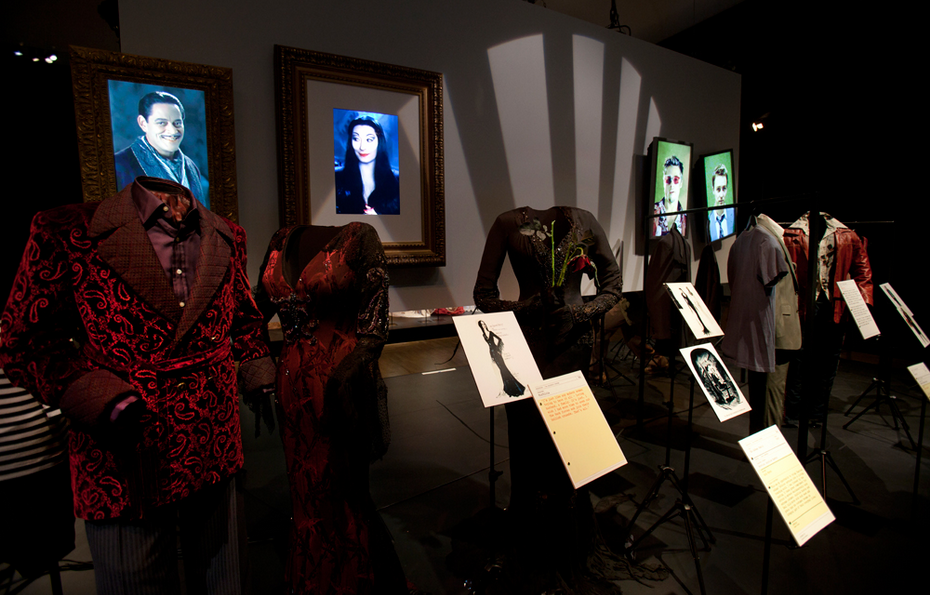 These galleries are filled with cinema costumes that have never left the private and archival collections in California. Most of these clothes have never been publicly displayed and have never been seen beyond the secure walls of the studio archives.

The exhibition is wonderfully curated with interviews from cast, directors and designers projected on screens surrounding the costumes. The artistic touches such as a projected barber’s poll on a rolling pin next to the Sweeney Todd section along with the cinematic music constantly playing throughout the exhibition really make Hollywood Costumes feel like something special.

The Hollywood Costume exhibition at the London V & A runs until 27th January 2013 and we can’t reccommend it highly enough. Buy tickets here.