Running late from work and frantically shoving a Greggs pasty in my mouth, I turned the corner to the Royal Albert Hall to be one of the lucky attendees of the much acclaimed, much awaited, Kooza from Cirque di Soleil.

I can’t say I was expecting to be greeted by a red carpet peppered with celebrities (at one point I felt as though I had stumbled into Stratford, August 2012) and I had the distinct feeling that I was in for a treat.

I had never had the fortune of going to a Cirque Du Soleil production before, so expected little more than a unicyclist, some contortionists and humans flinging themselves about the rafters. 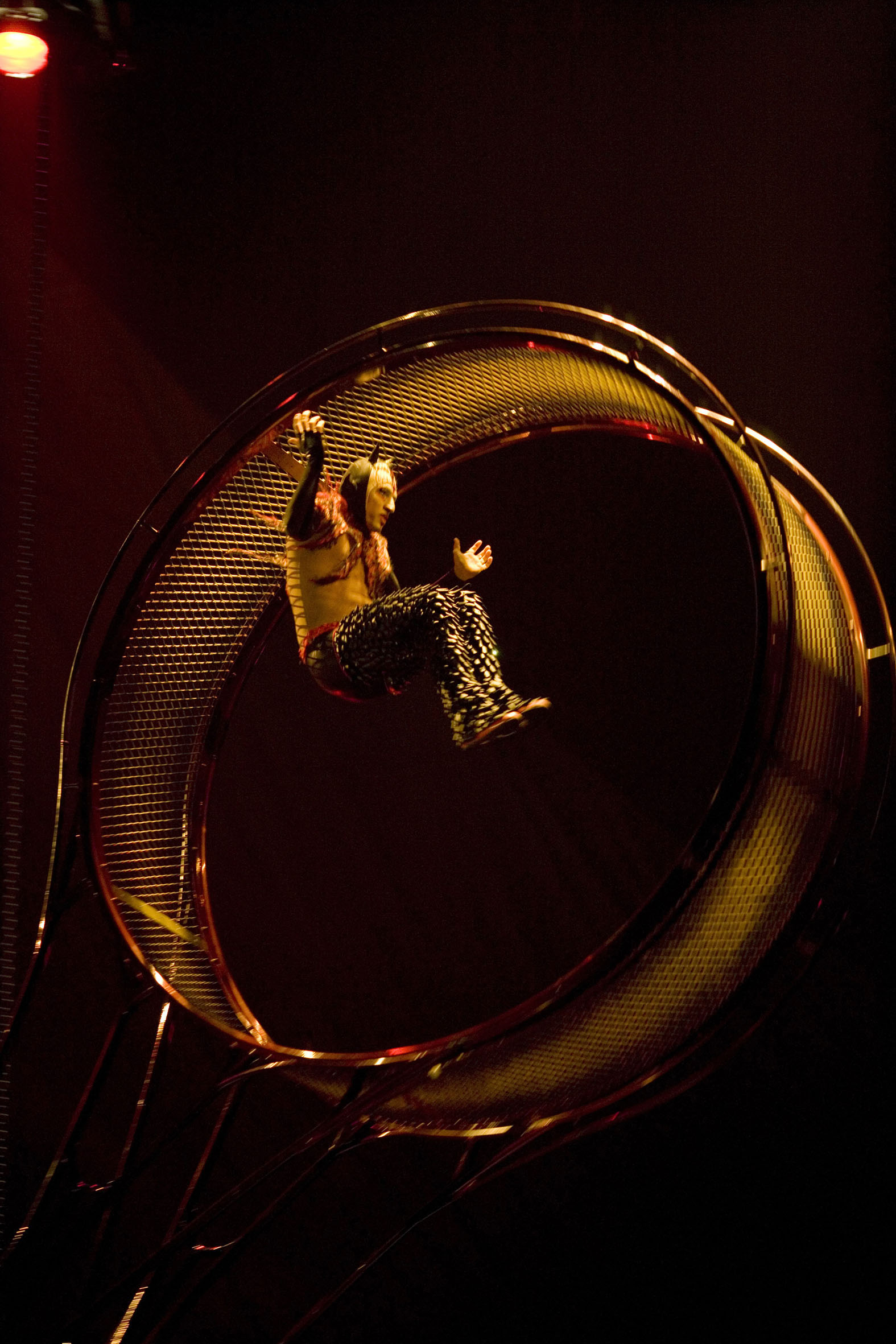 Of course, all of this happened, but with a skill and dexterity like I had never experienced before.

The contortion act was mind blowing; after three minutes of watching I had lost all concept of which way they were bending and twisting, the gymnast balancing on awkwardly stacked chairs was like the most intense game of Jenga I have ever played and hats off to the unicyclist who can balance a woman on his head.

Cycling over a tightrope? A doddle. Balance some people on chairs on my shoulders as well whilst you are at it – and let’s have a sword fight.

However the dramatic highlight for me was the Wheel of Death (right); so intense and powerful the audience were audibly gasping (and in some cases screaming) in unison, something which I never have, and unlikely will, ever experience again.

In between the intense acts (all choreographed to an absolutely amazing live band) was the slapstick, Three Stooges-esque clown act. These chaps seem to have got some bad press in other reviews, but I think these miss the point somewhat.

Yes it’s silly, and at worst, might even cheapen the show a little. However this is a circus, it’s all tied in with tradition and magic of the performance. And let’s not forget that there are children in the audience and circuses are as much for children as adults. It’s all part of the fun – if I had to sit through three hours of the wheel of death I’d have come out weeping. I need the clowns to get my nerves back!

Overall, Kooza is an absolute delight. It’s showing at the Royal Albert Hall is relatively short term (ending Feb 10th); if you have the opportunity to go and see this you really do have to.

My key takeaway: Nothing gets me as excited as a mid-act double bass pedal drum solo.