It’s been an interesting couple of years for Brian Fallon, the roaring sound of The Gaslight Anthem’s second album The ’59 Sound was one of the bright spots in the world of music in 2008. He got to jam on stage with his hometown hero Bruce Springsteen at the Hard Rock Calling Festival and then had his bands third album American Slang adored by critics but treated as very lukewarm among many fans. 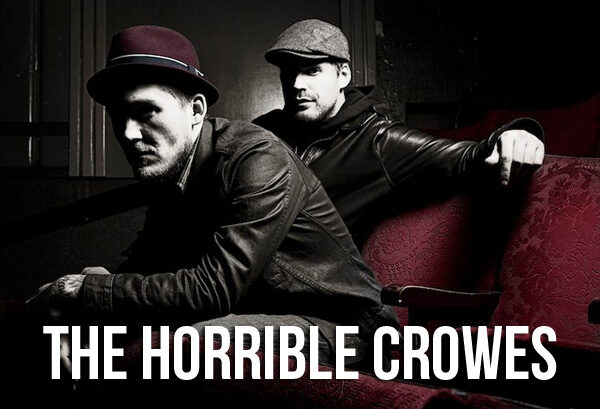 So it was a gutsy move by Fallon to take a step in another direction, following the sound of another one of his idols Tom Waits by creating The Horrible Crowes along with his guitar tech Ian Perkins. Fallon describes Elsie as “hymns for lonely people” and after hearing the album you can see where he’s coming from. Fallon has clearly not always had it his own way with the tales of love and loss a bit too truthful for there to be no real meaning behind the making of Elsie.

When you go to listen to Elsie don’t be expecting to hear the Gaslight Anthem, there is a more soulful tone to the music, yes there are shades of Here’s Looking At You Kid and When We Were Young but there’s something darker, more sinister about The Horrible Crowes which is perfectly summed up in the albums opening track Last Rites. It sets the early tone for the album, a track empty of music just Fallon’s voice drifting as though he’s going in and out of consciousness.

One of the most endearing things about Elsie is the fact it keeps you on your toes, there’s a real change of style of music throughout the album Behold the Hurricane, I Witnessed A Crime and Go Tell Everybody could easily have been taken from three different album by three different artist. The last track mentioned I Witnessed A Crime is probably the closest anyone will get to being like James Brown for quite some time. It’s pure and simple soul music and the highlight of the album.

The rest of the album follows suit, lyrically there won’t be many more poignant albums this year, Fallon sharing his tortured soul with the listener and it’s always intriguing. At times it’s like listening to a concept album. Elsie follows a very linier path that makes you want to find out what happens to this poor guy that this girl is toying with. And towards Elsie’s end you begin to get your answers, a bit of vengeance starts to enter into Fallon’s lyrics Blood Loss the albums penultimate track gives a fantastic look into the eyes of a man desperate for it all to end.

The Horrible Crowes have really done something special with Elsie it’s a hard album to really get into, it’s not going to appeal to everyone but those who look a little deeper and really immerse themselves in it will find something unlike we have ever heard before from the pen of Brian Fallon.