Blurring the lines between cinema and music, Jay James Picton’s three part music film series, Heads vs Hearts let’s the music tell the story. Deeply seeped in Americana (in both aesthetic and sound) it might surprise you to learn that Jay James Picton is actually a Welshman who was in the navy until 6 years ago when he left to pursue a career in music. The series plays out a narrative of destructive love and desire in a one-sided relationship. With undertones of paranoia and a feeling of approaching danger throughout. Battle Call tells of the constant fight to want…

On the 24th July 2010 something ambitious was happening. A documentary was being crafted which would show a snapshot of people’s lives. From 192 countries people submitted videos of what they were up to that day, culminating in 4,500 hours of footage from 80,000 clips. Producer Ridley Scott, director Kevin MacDonald and film editor Joe Walker sifted through the wealth of material and managed to create something utterly fascinating. At only 94 minutes this crowdsourced documentary is a succinct exploration into human life. It’s a charming film, which (unless you have a heart of stone) will make you feel. There is something joyful whilst watching it,…

So the blockbuster season is over and after all the excitement it’s time to reflect a bit. We had some good’uns didn’t we? Here are our top 5, what are yours?…

Rent is a 2005 film adaptation of a Broadway musical of the same name and is one of the few musicals that I can watch over and over again…. 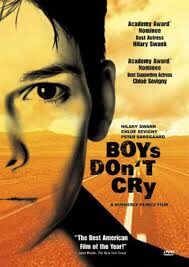 Boys Don’t Cry is a 1999 film based on the true story of Brandon Teena, played by Hilary Swank, a transgender man pursuing a relationship with a girl named Lana….