As Green Lantern soars into cinemas this weekend some of you may be wondering who the hell he is. Here at TQS we thought we’d give you an introduction to the character, his powers & mythology and go on to explore his comic book past…. Ahead of the cinema release of Matthew Vaughn’s X-Men: First Class on Friday 3rd June we introduce and put forward some further reading of some of the less well-known characters that are featured in the film as well as the old favourites….

In his second of a regular column, Dan Cole takes introduces us to The Authority. Winning a GLAAD award for its depiction of gay characters and presenting a new kind of superhero, DC Comics’ The Authority explores a team of superheroes that are more powerful than any of the world’s governments and decide to take matters of world security into their own hands…. 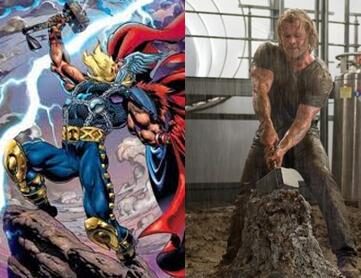 Thor may be doing well at the cinema but where did Marvel’s Norse hunk begin his adventures? Daniel Cole takes a look at Thor’s comic book past and recommends his favourite representations….