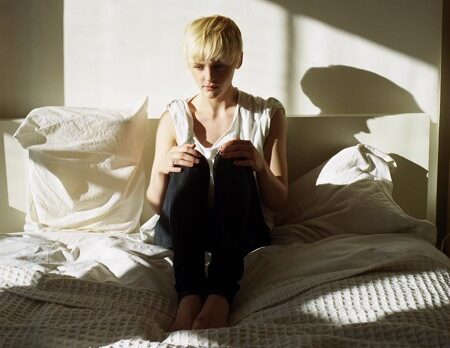 When you’ve had the type of year that Laura Marling has had after her wonderful second album I Speak Because I Can it wouldn’t be a big surprise that she’d take a break, relax & sit and stare at the Brit she won earlier this year for best solo female artist thanks to one of 2010’s best albums, however this is not the case as she’s back with her brand new album A Creature I Don’t Know.

I’ll never really get over how unassuming the young singer looks. She’s an attractive 21 year old girl that wouldn’t look out of place on a university fashion course. But then, then she sings. And oh what a voice this girl has. She fills her songs with affection, bitterness and a humour that go well beyond her years which brings this writer to compare her to Justin Vernon of Bon Iver.

That comparison is heightened in the second track I Was Just A Card one of her best tracks to date. The sudden bursts of the accompanying instruments really bring the song to life as the lyrics begin to take meaning.

Just like I Speak Because I Can there is a fantastic mood to Marling’s music especially in The Beast the thunder of guitar really works alongside her voice, it’s a surprising step by her but it pays off.

Then there’s Night After Night which come the end of the year might just have a place in my top ten tracks of the year. Even after two previous albums with songs full of heartache she still manages to find something new to say on the subject and that is the mark of a great songwriter.

It would be easy for her to just be herself with her acoustic guitar and sometimes I wish it were just that on occasion the music can overtake Marling’s voice but it never dilutes the high standard that Laura Marling has set for herself.

I would be incredibly surprised come December if A Creature I Don’t Know weren’t in my top ten albums of the year, Laura Marling is a supreme talent that deserves attention. As she says on the album “I know my name, I know my road” here’s hoping that that road is still filled with songs like the ones on this and her previous albums.